Record of the Week: RVIVR The Joester Sessions ’08—’11 LP 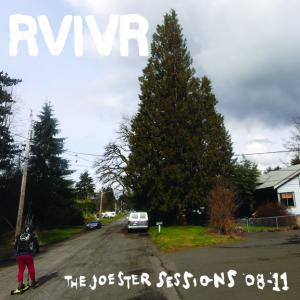 To start with, it should be noted that, this record rules. No, “rules” is an understatement. It destroys, it’s magic and it sets the world on fire. RVIVR is one of one best pop-punk bands of the decade. It’s hard to recommend a band more strongly. Lately it feels like they have been turning off a lot of people because they are so outspoken about their politics. Political and social consciousness plays a central role in their music, and their shows. Which is kind of a like a mosquito buzzing around the face for all the folks who are just there to dance and party ’cause the music is kind of feel-good party music, but the lyrics have substance. And when I say “outspoken” I mean “viciously outspoken.” But their messages are always totally right on, they honestly demand our attention. There are lots of records that come out every month that are good, but rarely is there one that’s important. This record is important. And it’s not that the songs are just really good, or just that the message is significant. It’s that they are both happening in unison while recreating everything you like about pop-punk into something new and exciting. Anyway, as the title implies, this is a compilation of all their earlier recordings. On this record they have compiled both sold out 7″s and a 12″ EP only released in Europe. This is the best place to start if you’re discovering the band for the first time, but will be nothing new to folks who have followed this band for the last few years—except for the cover of “Elizabethan Collar” which doesn’t appear anywhere else. Totally awesome, totally essential. (FS)
(Rumbletowne)