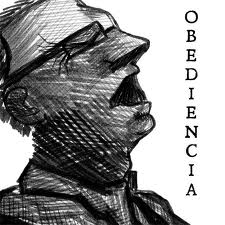 Holy shit!!! Is every punk in Spain ordered to play in fifty bands or pay the price!? This is rad, desperate punk rock that will make you wanna quit your job and off the pigs and skate or die (on the freeway) all at once… SÁ³lo Para Punks only puts out hits so I shoulda known my brains were gonna be blown. We’re talking DAYLIGHT ROBBERY or a less KBD’ed out GORILLA ANGREB, and the vocalist sorta reminds me of Jen from NUCLEAR FAMILY. But this is rawwwww punk! It’s primal and discordant and, shit let’s all move to Madrid?! That grab you in yer guts feeling. Melancholic but malicious and furious, I am listening to this on the shittiest stereo in the building and it still sounds like one of the 7″s of the year. Reminded me of the OBSERVERS at their most desperate with the KALASHNIKOV 45 playing at the same time! I just saw these dudes last week and thought that the delay effect on the vocals was the sound guy fucking around to make up for the shitty PA, but it turns out it was on purpose. It actually sounds pretty good now that I listen objectively. NIGHTGAUN plays pissed off crust with its roots buried in hardcore rather than metal. They play fast but don’t resort to the D-beat. They’re heavy but don’t chug the guitars. The lyrics are aggressive and confrontationally political, not the usual whining about issues without talking about solutions. I’m stoked on the fresh and honest punk-ness of it. The only question I have is how do you pronounce the name? Nightgown? Nightgone? Everybody had their own version at the show and I still don’t know. Somebody settle this for me so I can, with any reservations, dig the fuck out of this band. (BL) (Primitive Future)