Record(s) of the Week: Violence Creeps


VIOLENCE CREEPS — “I’m Broke/Gridlock” flexi
“I’m Broke” is one of those songs that is so immediately catchy, punk and destroyed that I thought it was a cover song. The band lurches through two chords while their singer Amber screams her fucking head off about all the shit she can’t afford. The band ramps up their energy through the two paltry minutes of this ripper until it’s on the verge of falling apart. It has an instantly classic sound that feels pure and raw in all the best ways. Without a doubt, it’s easily one of top five favorite songs of the year. That’s a hard act to follow, but “Gridlock” is also a ripper about being stuck in traffic. VIOLENCE CREEPS is lurchy, slow, destructive, pissed-the-fuck-off and perfectly raw. The soundtrack to losing your goddamn mind. This flexi (the worst format, my only complaint) comes with issue #16 of Degenerate magazine. (Greg Harvester)
(Degenerate) 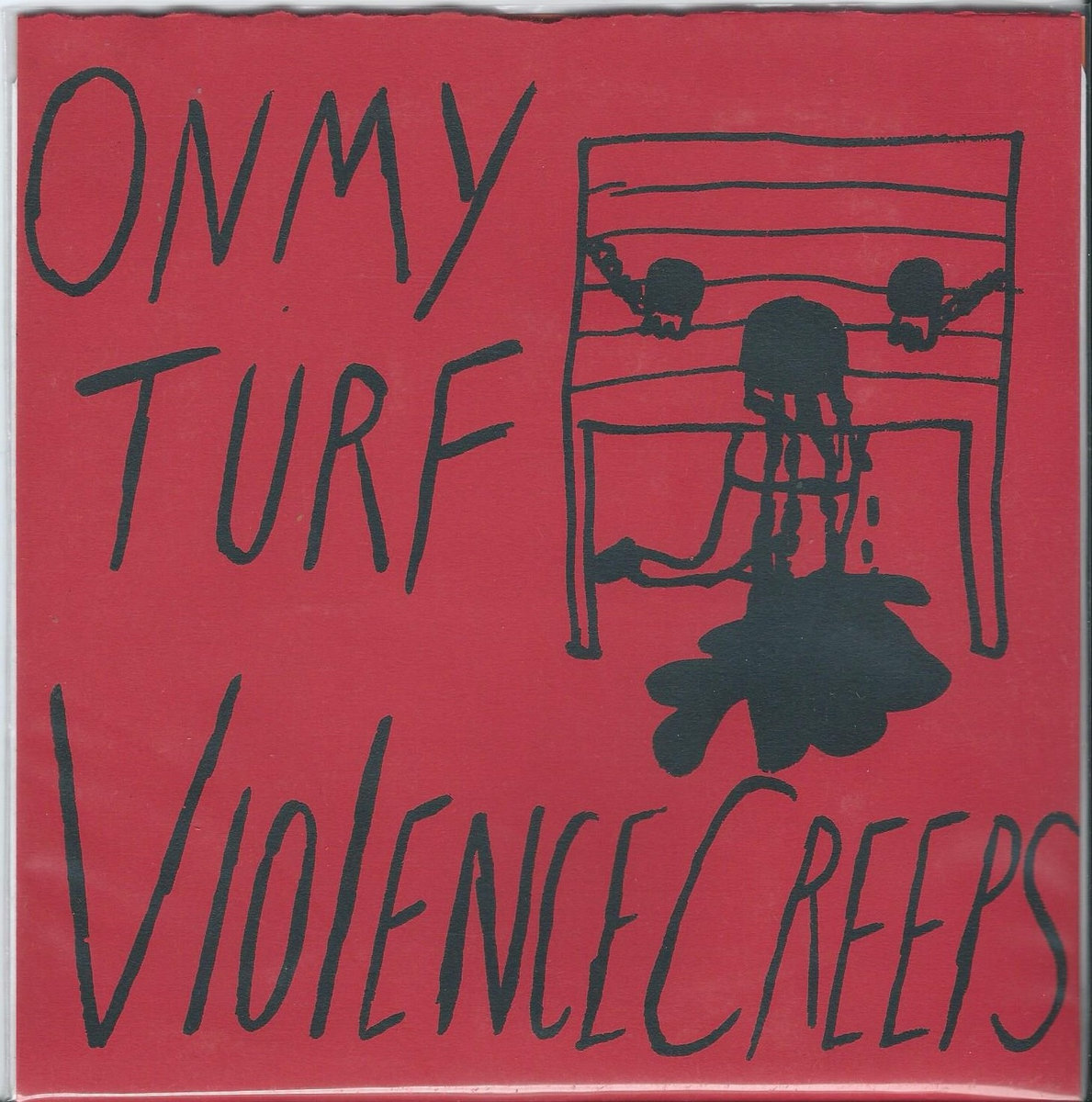 VIOLENCE CREEPS — “On My Turf” EP
I don’t know what to tell you. Yesterday I woke up, ate a shitty fucking West Coast bagel (masochism rears its ugly head), sat down at this computer and didn’t stand up except to piss and refill my coffee for thirteen or so hours. This music is the soundtrack to that. Today I went to my low-paying job and my boss bought me lunch at the organic taqueria that is probably owned by white people and there was some sort of Instagram photoshoot going on involving fish tacos and a hot pink longboard and this was the soundtrack to that. Tomorrow I have to get up at 5:00 a.m. and get on a plane to Minneapolis to see my family which will be nice but we will probably get in a fight over my new finger tattoo and someone will get too drunk at dinner and we’ll all feel terrible about it but it will also be kind of funny and this will be the soundtrack to that. Last night I had an unending stream of maddening interactions with a series of punishers and this was literally the soundtrack to that. It was the record release show for this fine platter in the basement of a completely mystifying club and if you live in the Bay Area and you weren’t in attendance, you’re a poseur and a loser and an idiot. Too strong? I don’t care. Fuck you. This is the best band in the Bay Area. They make me wanna flip over tables and punch people in the face, but they also make me laugh like a maniac and wanna hang out and make weird art with my friends. It’s funny, it’s intelligent, it’s infectious and instantly classic. Watch the music video for “On My Turf.” You’ll get it, if you’ve got eyes and ears and a semi-functioning brain. Watch it. Now. Do you get it? Who needs John Brannon when you have Amber? There’s acoustic guitar and sax freakout and bass skronk and slow FLIPPER-esque sludge but also good old fashioned ’core and hooks for days. (“Drop Out,” you’re moshing!) This is a band that is getting better with every release and this record finds them at the peak of their powers, powers that don’t look quite like anything else out there. For fans of the “catchy-but-weird” hardcore du jour:if you like it tougher, meaner, smarter, catchier, more depraved—you’re a punk, right? So the answer is yes, right?—get this. Wake up, sheeple. (Grace Ambrose)
(self-released)