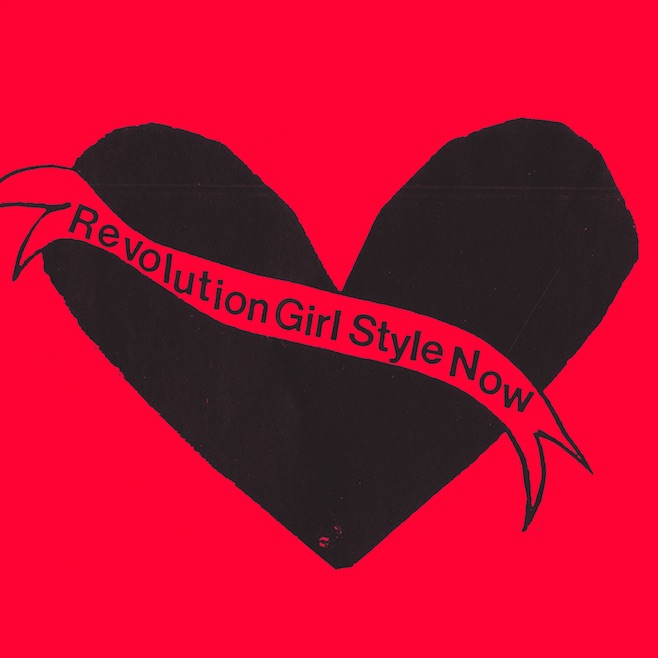 BIKINI KILL was my gateway band into DIY punk. I got into them when the first 12″ came out, and then the year after they toured the UK with HUGGY BEAR, which was a life-changing experience for fourteen-year-old me. The fact that I have never heard these recordings at all is sort of funny to me now—I was such a maniac fan as a teen and I don’t get why I didn’t try and track this tape down! It’s so fucking incredible! This beautifully done reissue has the songs from their infamous demo and you can clearly see why this recording enabled BIKINI KILL to tour extensively without a record, exactly how they got so much notice/press in the pre-internet age. It’s simply incendiary. Like the Situationist and S.C.U.M. manifestos cut up with added teen girl diary fire. The music sounds eternal yet fresh, referencing early CA punk sounds—the AVENGERS, SIN 34, BLACK FLAG with added X-RAY SPEX. There are a million bands that pay homage to such possibilities and don’t get close to what this band achieve. I mean, it seems almost pointless to write about BIKINI KILL sounds. They are pretty much the MINOR THREAT of the ’90s, a band that transcended genre and had a global reach because of the true and total power and strength of their sound and message. They were a band that made girls and queers want to create their own version of the punk rock ideal, reaching lonely kids in isolated communities that maybe didn’t know about DIY punk. They were charismatic and cool, and listening to this it’s obvious why they were the catalyst for a new feminist punk reality. Kathleen’s voice sounds absolutely incredible, a totally incandescent force of power and fire. This may be the best recording of it I have heard, one that fully demonstrates how this band burned through the world and took over hearts and minds…It just sounds so good! There are two songs that made it onto vinyl back then as compilation tracks (on Give Me Back and one of the Yo Yo comps—and maybe a KRS comp too?!), plus demo versions of some classic songs from the split LP and the first 12″ and three insane unreleased songs, which either didn’t fit on the demo tape, or were rejected for sounding unlike the other songs, depending on what you read. It’s really cool listening to these songs in light of what BIKINI KILL became. They very much situate the band’s sound in the context of the Pacific Northwest, providing an idea of them potentially being an almost FLIPPER-esque grunge group! The group love for BABES IN TOYLAND guitar tricks is real…At any rate it’s clear this LP is a must have for all punks, so grab one and then start your own feminist punk action force. This record is an instruction sheet not a rulebook! Make your own. (Layla Gibbon)
(Bikini Kill)