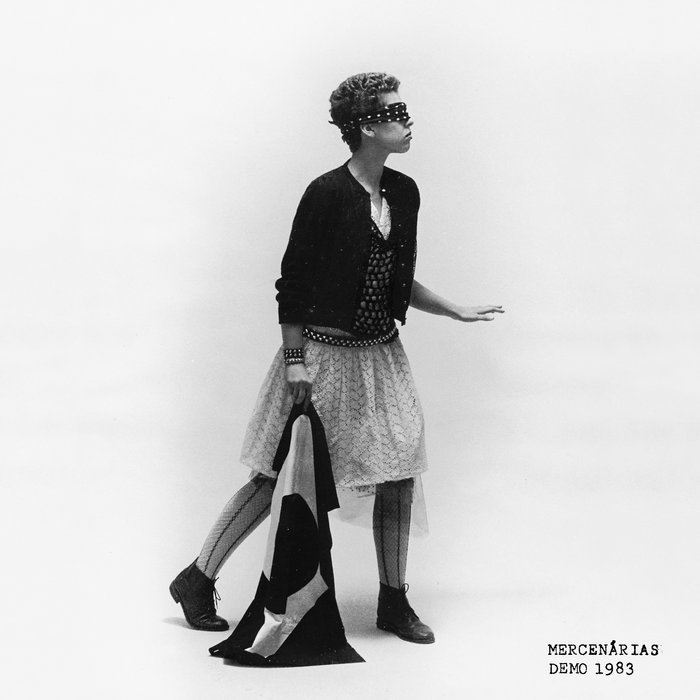 MERCENÁRIAS — “Demo 1983″ EP
There is probably no band like MERCENÁRIAS. This 3/4 femme Brazilian band, better known for their late ’80s post-punk repertoire, made an extraordinary first recording that seems out of time and place. Totally weird, awesome, and fierce: peculiar gruff vocals that predate grindcore layered over angular choppy rhythms making it sound like someone took a chainsaw to the rock song and assembled the hacked up pieces back together with lots of sharp edges sticking out all over the place. They were definitely ahead of their time with irreverent and unapologetic lyrics taking a shit all over patriarchy and scandalizing audiences (the song “Honra” never made it onto their recordings until now). The story in the booklet of sending a talent scout running after hearing one of their songs reminds me of the philosophy of Spain’s VULPESS, active around the same time, who got a TV program shut down in Spain for performing a song called “I Like Being a Slut.” Nice packaging with a semi-bilingual booklet in English and Portuguese containing old flyers, pictures, and lyrics. This is an important piece of Brazilian punk history and crucial international punk artifact with a renewed relevance in 2015. (Lena T)
(Dama da Noite / Nada Nada)