Reissue of the Week: Tragiedia 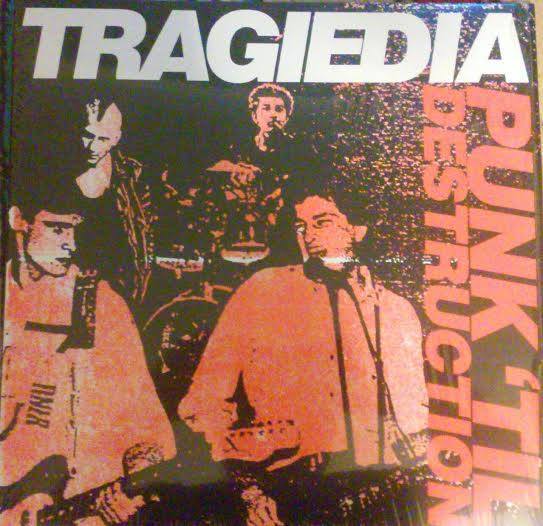 TRAGIEDIA — “Punk ’Til Destruction” LP
There’s a lot to be excited about with regards to punk in the 2010s, the seemingly endless flood of high-quality reissues being very high on that list. TRAGIEDA’s demos have been circulating among dedicated tape traders for decades, but until now these songs are probably best known via the kind of lackluster POST REGIMENT tribute LP from ’99. Now, finally, we have a quality release of the original material and it’s fucking blazing. Unlike a lot of Polish punk bands which embraced genre-hopping experimentation, this is just straight-up hardcore punk, driven by hard-hitting 1-2 drums, buzzsaw guitars, and pissed-off vocals. The gritty recording quality is preserved in the best possible way, adding a layer of grime to the band’s violent, ugly hardcore attack. It’s hard to articulate just how vital and fucking pissed-off this music is. Even divorced from the context in which it was made this is some of the angriest punk I’ve ever heard, in both presentation and lyrics. You can’t listen to songs like “Krowy” or “Brak Slow” or “Cisza” and feel good about yourself or the state of the world around you—then you look at the lyrics and you just want to die. I wish that this had gotten the super-swank reissue treatment, with a fat booklet of photos and band history and such, but here you get the music and the words and that’s all you really need. If you buy one record based on MRR reviews this month, make it this one. Absolutely essential and long, long overdue. (Andrew Underwood)
(Todo Destruido)